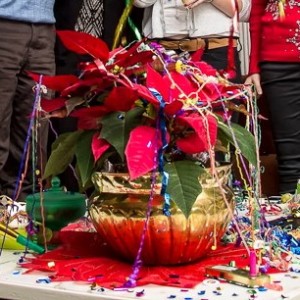 It’s that time of year again… are resolutions worth it?

Every year, at the end of December, many people go through the interesting ritual of making resolutions. “Lose weight” or “exercise more” are popular choices, as are resolutions to complete a specific task. But are resolutions really a good idea? The majority of our good intentions go by the wayside somewhere around January 15th, and most people can’t recall their resolutions from the previous year. So should we even bother? Or are they just a party game that shouldn’t be taken seriously?

The answer is “yes”… because a resolution is actually exactly what YOU make of it. Those who have a vague interest in pursuing a new path may toss out a promise with no real plan of ever following through. This, of course, is actually not a resolution at all. It is simply a comment – a way to be a part of a conversation. In this context, it is fairly harmless and fun.

However, for our desires to come to fruition, we need to actually RESOLVE to make the change. In this context, a true New Year’s resolution requires four characteristics:

1. It must be clearly stated.

Many resolutions lack the specificity required to measure whether or not they have been attained. Rather than say “I want to be more organized in 2014,” instead, resolve to take specific actions: “I will get more organized in 2014 by following The Seana Method on Facebook, reading 2 blogs about how to be organized, and committing to organize at least my bedroom and bathroom by June 1st”.

2. It must be realistically attainable.

As the old saying goes, often “our eyes are bigger than our stomachs.” We resolve to do something that we have only a slim chance of accomplishing. True change comes through mastering one small habit at a time, and then incorporating it consistently into our regular routine. Rather than saying “I want to clean out my whole house,” resolve to “maintain an orderly entry area” or to “restore order to the surface of my desk at the end of each day.” If you are able to master your resolution, you can always add a new goal to accomplish by a new deadline. (No need to wait around for next January 1st!)

3. It must be public – to at least one other person.

Often we resolve to do things which don’t come naturally to us. (After all, the habits which come naturally to us we are probably already doing!) As a result, we need someone holding us accountable in order to stay motivated. When you set a goal you truly want to attain, identify one person to keep asking you about your progress… give them permission, and be quite specific about what you want them to ask, and how often.  This should be someone who cares about you, and whom you can call if you are feeling discouraged.

4. It must be something over which you have control.

One of the most discouraging experiences is to fail to achieve a goal because it wasn’t our goal to reach. For example, perhaps you want to have a beautiful, clutter-free family room. This is a nice goal, but if you actually have a family who regularly uses this room, then you are not really in total control of how it looks. Rather, resolve to change things which are within your power to change, and to keep changed.

New Year’s resolutions can be everything from a fun group activity to a life changing game plan. So this year, decide which it will be for you, and then take the right steps to ensure success.

Did you succeed in achieving last year’s goal? What worked for you?

5 thoughts on “All About New Year’s Resolutions”

This site uses Akismet to reduce spam. Learn how your comment data is processed.